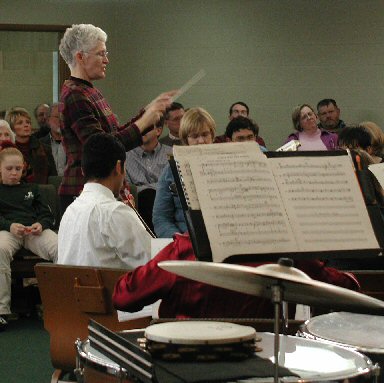 Cynthia Neufeld Smith is Associate Pastor of Southern Hills. A trained musician, Cynthia works with worship planning, leads the adult choir, and plays organ some Sundays. She also works with pastoral care and many other aspects of church life. Both Roger and Cynthia have Masters of Divinity degrees from our church seminary, the Associated Mennonite Biblical Seminary in Elkhart , Indiana . Cynthia also has a Doctorate of Musical Arts in church music from the University of Kansas . In addition to her work at Southern Hills, she does occasional teaching for the Great Plains branch of AMBS in Newton . 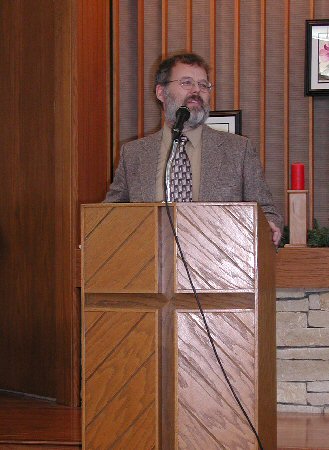 Roger Neufeld Smith has been pastor at Southern Hills since 1988. He graduated from Bethel College, North Newton, KS , in 1975 with a degree in chemistry. But soon after college he was called to be youth pastor in his home congregation in Newton, KS . After graduating from seminary in 1986, Roger served as an interim pastor in Indiana before moving to Topeka . In addition to pastoring, Roger has been active in denomination ministries in Kansas , serving on the Western District Conference Evangelism and Executive Committees, then as moderator of WDC for three years. He is an occasional consultant for WDC congregations. Roger and Cynthia have two delightful teenage children.